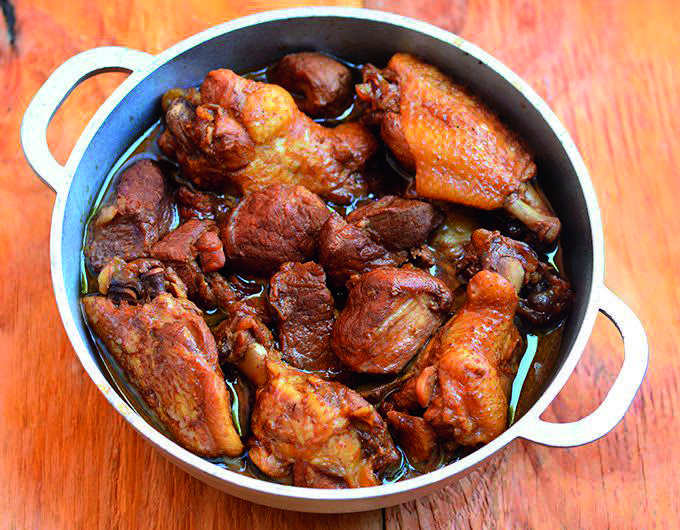 There are many exalted definitions of culture, but at its root, culture is simply a shared way of doing things, an identifiable, repeatable, observable set of actions, which includes things such as language, food, political systems, and so on.

Some countries have very strong conventions. A friend of mine, who lived in Japan as a child, woke up one bright, sunny day to walk to school. He noticed that everyone in the street had an umbrella, even the children. He looked up at the clear, cloudless sky, and wondered, why? Sure enough, in the late afternoon, it rained. Everyone, of course except he, had an umbrella. How did they all know? Simple. Japanese pay attention to the weather forecast.

I lived in France once, and noticed bistros didn’t have printed menus. A few of them had blackboards with the day’s specials on them, but only the most touristy places bothered to offer an actual list of dishes available. I asked a French friend why this was, and he said that all bistros served the same dishes, and all French people knew what those dishes were. Thus, a menu was a waste of time and paper. One went to a bistro already knowing what might be available, because it would be, and the convention was to simply ask the server.

By such metrics, the Philippines is very tenuously a nation. For example, we have around 80 languages, and many more dialects. “Filipino,” based on Tagalog, only recently gained widespread acceptance as the national language, I would say, around the millennium. Don’t forget, Filipino was declared the National Language in the 1935 Constitution, so it took 65 years. It was not this declaration, nor the educational system that led to the rise of Filipino, but the rapid spread of broadcast television reception in the 1990s. I am old enough to remember that in the 1980s, Cebuano-based Bisaya was spoken as a first language, by more people, over a wider geographical area, than Filipino.

Some will inevitably argue that declaring Filipino the medium of instruction in schools must have played a role. I would argue that it manifestly did not, because this has been tried since 1935, with little measurable success. The raging debate on the medium of instruction continued well into the 1980s. In fact, most AM radio until the 1990s was in Bisaya, because the technology to allow nationwide simultaneous broadcast did not become economically viable until then, primarily with the launch of the Indonesian Palapa satellites.

Filipino thus attained convention organically, not because it was standardized. There are both positive and negative aspects to this. On the plus side, having a principal conventional language helps us understand each other better, and reinforces standardization. On the negative side, having many languages is not only a cultural asset, but science has proved that multilingual people are simply more intelligent. This is not an academic paper, so I will not provide footnoted proof for that assertion; just do your own research. The rise of Filipino has caused many other native languages to become endangered, which is a bad thing. Diversity has many advantages, and is the principal metric of the “richness” and depth of a culture.

The French also famously have the French Academy, whose main purpose is to standardize the French language. By this they mean, really, the language of Paris and its regions; until well into the 20th century, there were 55 distinct languages and dialects spoken in France, and hundreds of regional variations. The French today have a Cartesian system of alphanumeric coordinates by which they can identify every square meter of France and its territories. Yet, there was no coherent, accepted map of France, based on actual survey and measurement, until the Cassini maps in the mid-18th century.

These stories tell us that there is yet hope for our country. One of the keys to handling cultural diversity is to classify everything that exists, so we understand it. Classifying things means recording, measuring, identifying, and even tracking, over time. If we understand our own diversity, we can preserve what is worth preserving, and recognize new developments as they arise. Another key is to standardize things which need to be standardized, like all of us driving on the same side of the road, or queuing in an orderly fashion. In order to do this, we have to teach the value of standardization itself. If we can do that, perhaps our diversity can be turned into an advantage, rather than a handicap.

Discover more on why Filipinos are hard to standardize on Asian Dragon’s October-November 2018 issue, available for order on Facebook and Lazada, or downloadable from Magzter.