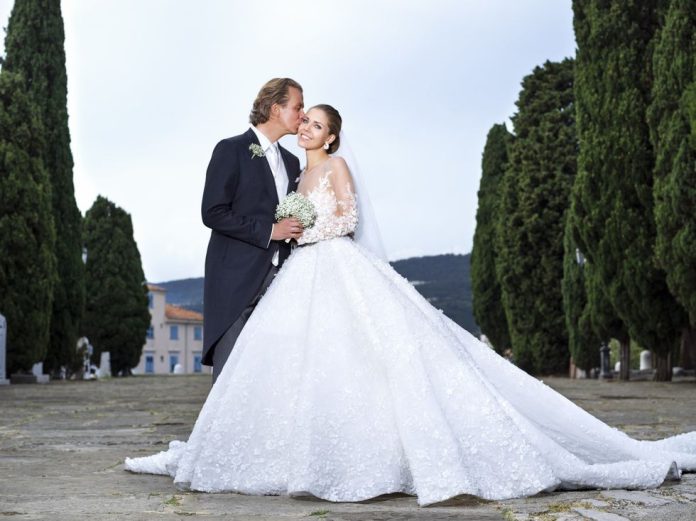 Meet the real-life fairytale princess. Victoria Swarovski, singer and heiress to the Swarovski fortune, tied the knot with husband Werner Mürz back in June and as expected, it was her wedding gown that stole the spotlight.

Victoria sparkled on her big day. Her crystal-encrusted dress (all Swarovski, of course) featured a spectacular six-meter train and was created by Dubai-based Filipino designer Michael Cinco.

The bride and her breathtaking gown looked like nothing short of a million bucks—literally! The stunning dress, reportedly priced at over a million dollars, was named the most expensive celebrity wedding dress in history, surpassing Kim Kardashian’s 500,000-dollar Givenchy Haute Couture gown.

According to Brides, 500,000 Swarovski crystals were used to produce it and weighed over 45 kilos.