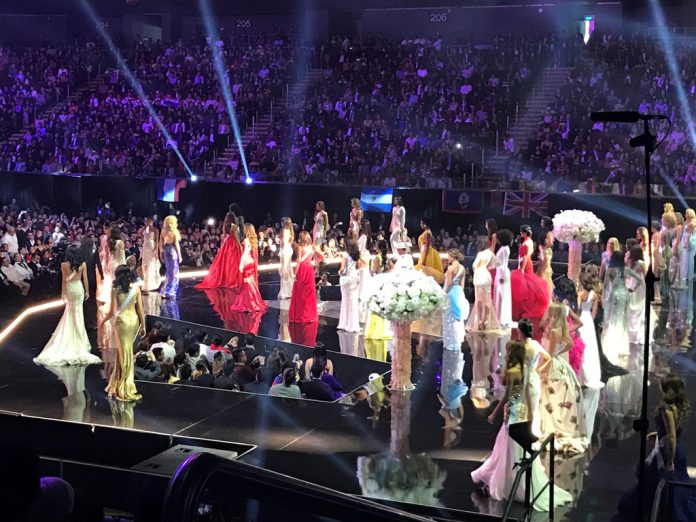 French beauty Iris Mittenaere has just ended France’s 64-year Miss Universe drought (and you thought 42 years for the Philippines was long enough!). An accomplished young woman from Lille, Iris is studying to become a dental surgeon, which she tied in very nicely with her response in the Final Q&A round. Iris delivered a humble, complete answer in her light, cheerful voice, with a charming candor unique to her that night.

If you have read at least just a few of the tons of articles leading up to the 65th Miss Universe pageant, the Philippines’ third hosting of the pageant almost didn’t happen. Although our dream back-to-back win didn’t come into reality, pageant fans and spectators seem incredibly pleased with the results, and more importantly, a wonderful show put on by the Philippines.

Asian Dragon gives you some insider tidbits from the live show:

Pageant fans would know that few host countries can display the same fervent cheer in each step forward and then the same graciousness after a loss. We should be happy, and we should be proud! Filipinos made Miss Universe their own—for the third time, and likely not the last time, in history.