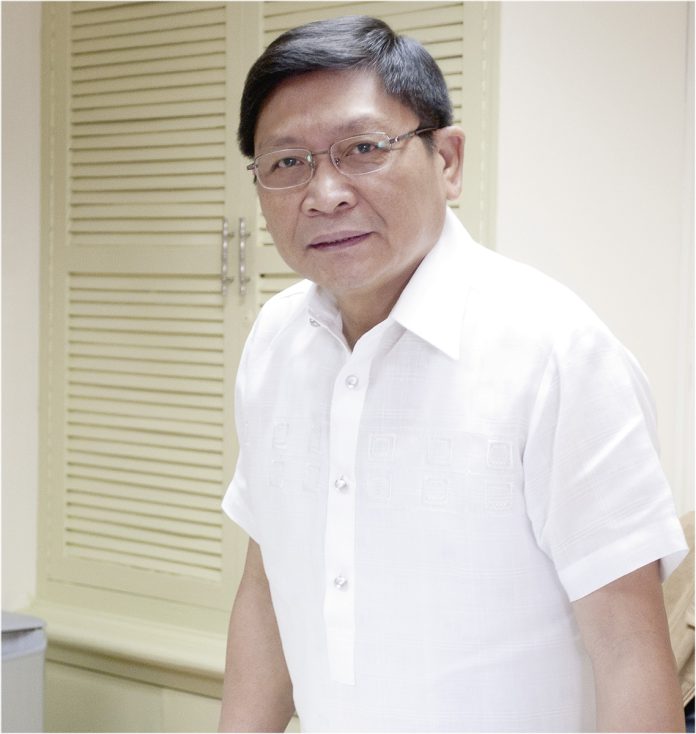 If former rebel general and subsequent political prisoner Danilo Lim, who traces his roots to Xiamen, China, continues to look grim, he has good reason to be. Lim told Asian Dragon he has been handed the chance to “put my money where my mouth is.” He was offered the post of deputy commissioner for intelligence operations of the Bureau of Customs, which was the farthest thing from his mind.

You see, Lim said, he would have preferred a government position that would directly impact the lives of the poverty-stricken masses, such as the Local Water Utilities Administration (LWUA), the National Irrigation Administration (NIA), or the National Electrification Administration (NEA). But never the Bureau of Customs, which has a system so thickly encrusted with corruption. It would not be a badge of honor but of shame to work there because “even if you don’t do any hanky-panky, you are stained by the stigma,” he said. The administration of President Benigno Aquino III, however, refused to give up on Lim, who the Liberal Party had fielded unsuccessfully for senator last year.

Starting May 2011, three personalities close to the president lobbied with him to take the number two post at Customs. “Secretary Mar Roxas and I talked. He told me he wanted me to join this bureau and that he was making a memo to the president recommending I join this bureau. I told him, I’m not crazy about this, because I prefer other agencies that work more directly with the masses,” Lim said. In early August, Executive Secretary Paquito Ochoa followed up the offer. Lim replied, “Is another agency possible?” Then Finance Secretary Cesar Purisima, whose office oversees Customs, phoned him.

Lim explained to Asian Dragon why he was very wary about accepting a post that others were lusting after. “I have been consistent in my stance against corruption. I have been detained for more than seven years all in all. I won’t allow seven years of sacrifice to go down the drain because I’m assigned in this bureau.” In the end, though, Lim caved in. “I told myself, I didn’t ask for this job. I didn’t apply for this. Now that I’m here, I’ll make the most of this. Put my money where my mouth is and show some results.”

When President Aquino personally phoned him, before his oathtaking, they talked for nearly an hour. Aquino asked him to help raise revenues and address corruption and smuggling. “He told me, of course, anything illegal, you have to act on. Don’t entertain people who use my name or drop names of relatives, or close friends. Don’t believe them or entertain them.”

Just 12 days into the job, Lim has crisscrossed the archipelago to personally lead the seizure of misdeclared goods such as rice, vehicles, and onions. If Lim keeps this up, he would be directly helping the country’s poorest sector, the farmers. The farmers consider onions the test case for the Bureau of Customs. Ernesto Ordoñez, a former trade and agricultural undersecretary who now heads the NGO Agriwatch, relates that last year, KASAMNE Onion Growers chair Leandro Tañedo told then Customs Commissioner Joselito Alvarez that they were hurting due to onion smuggling. Their break-even farm gate price was P20 per kilo, but they had to sell at P16 per kilo to compete with onions smuggled from China. Ordoñez said they gave the bureau a list of 63 shipments of onions that came in without any import permit. The bureau did nothing about it.

What Lim called this “cat and mouse work” was a drastic change from the four years of detention he had to endure until May 31 of 2010.  “I couldn’t do much then because I was not allowed to do so many things” — including the use a mobile phone and computer. For eight months he was placed in solitary confinement in Tanay, Rizal. The detention area was spacious, but the walls were high and he could talk to no one. “Maybe they wanted to break me. I raised chickens and read some books, mostly biographies,” he said.

It was actually Lim’s second taste of detention. The first was after the bloody 1989 coup attempt, where he was among the junior officers who led a week-long siege of the Makati business district. Had Lim’s side won, Aquino would never have been president and Rozzano “Ruffy” Biazon would not be Lim’s boss. Biazon’s father was a general on the opposite side, defending military headquarters from Lim’s fellow renegades.

After three years in the brig, Lim obtained amnesty and was allowed to go back to soldiering. He was, after all, a prominent member of the Philippine Military Academy’s Class of 1978 (which had adopted President Gloria Macapagal-Arroyo as an honorary classmate). He had topped the PMA entrance exam. Lim also studied twice in the United States — at the United States Military Academy at West Point, after also topping its entrance exam, and at the Infantry School in Fort Benning, Georgia, where he finished at the top of his batch.

There were rumors that a rehabilitated Lim might even be on track to be a military chief. However, on February 23, 2006, Scout Ranger chief Lim and marine Colonel Ariel Querubin tried to persuade the Armed Forces Chief-of-Staff General Generoso Senga to go along with their plan to publicly withdraw military support from then President Gloria Macapagal-Arroyo. Both officers were arrested. The following year, while appearing at a court hearing, Lim simply walked out of the courtroom with other detained officers, and holed up at the Manila Peninsula Hotel in Makati City, again calling for Arroyo’s ouster. The siege was called off when the expected “people power” failed to materialize. Lim obtained another amnesty, from President Aquino, in October 2010.

In July 2011, before a University of the Philippines forum, Lim tried to explain his personal reasons for rebelling against the system, instead of embracing it and making money out of it. He said, “No matter how hard I tried to do the right thing, I was constantly hounded by corruption so pervasive. I realized if I did nothing, if I stand idly by while I watched my people being robbed, I would myself be complicit of these immoral acts.”

He said he wanted to be “part of the solution” and not just a soldier trained to obey without question. He also theorized that “eventually we would realize that cleansing in the military would really amount to nothing, without accompanying alterations in the bigger picture — the bureaucracy, government, and the whole society — if we agree that the military is a small picture that reflects the bigger picture.” He concluded that “if the universe is corrupt, then the subset (like the military) would also be corrupt.”

It was for these very reasons that he decided to accept the post at Customs. Like the new Customs Commissioner Rozzano Biazon, Lim said he believes in putting up functioning systems. One of his self-imposed first tasks is “to identify the weakest links, the loopholes, because a weak point in the chain renders the whole chain weak.”

He intends to start by examining the accreditation of existing companies or entities dealing with Customs. That means tediously weeding out fly-by-night companies and fictitious companies. He has also relocated his office to a room across that of Biazon, for easier coordination.

“We’ve heard a lot of horror stories about the practices here. What Senator Panfilo Lacson said really had basis,” he said. Lacson warned that every Friday afternoon, Customs officials had the habit of disappearing in order to collect their cut of bribes.

Lim has tried to look on the bright side. “There are Customs people who do good. I guess it’s just a matter of giving the right motivation and policies. That’s the challenge.” He has yet to be offered a bribe. “I think they know me better than to make an offer.” Lim also faces another unfamiliar challenge in his job: beating the daily traffic to and from his office. But next to catching smugglers and helping raise revenues, that part is the least of his problems.