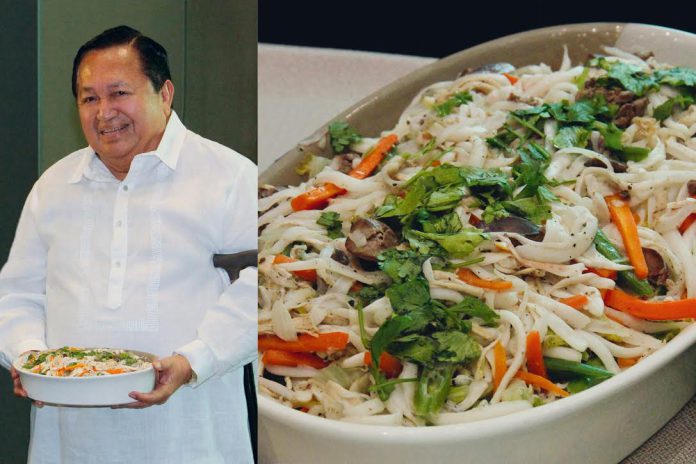 In Quezon Province, there are plenty of coconut plantations. One of the biggest and most prominent happens to be Villa Escudero, which belongs to the distinguished Escudero family. Originally a sugarcane plantation founded by the late Don Placido Escudero and his wife Doña Claudia Marasigan, it was converted into a coconut plantation by the couple’s son Don Arsenio Escudero, an agro-industrialist, and his wife Rosario Adap in the early 1900s. He made it self-sufficient by building the country’s first hydro-electrical plant. Their son, Don Conrado “Ado” Escudero, later opened the place to the public and called it Villa Escudero Plantation Resort.

Here, Don Ado, who now serves as president and general manager of the resort, shares the recipe of the Escudero clan’s favorite pancit buko. It makes use of coconut strands as the “noodles,” since coconuts abound in Quezon. Villa Escudero is located at the border of Tiaong, Quezon and San Pablo City, Laguna.

This article originally appeared on Asian Dragon’s June-July 2017 issue, available for order on Facebook or Lazada, or downloadable from Magzter.