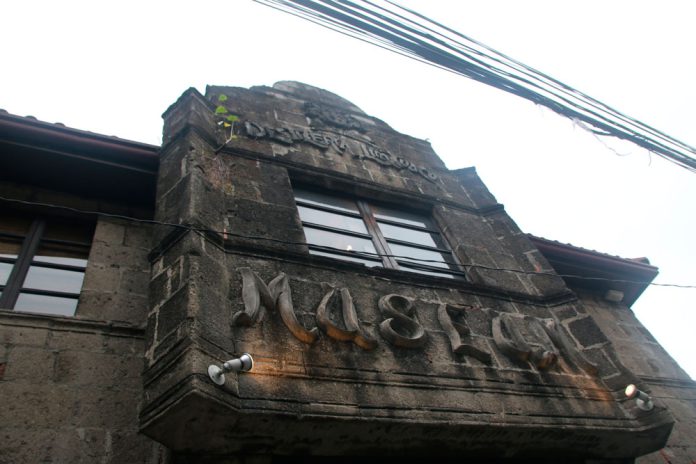 They say that beautiful things take time. In the case of Destileria Limtuaco, the oldest distillery in the Philippines, it took 40 years and three generations to finally complete and unveil their dream museum. The end result was not just a visual treat, but a sentimental testament of the company and the family’s history and resilience.

Located at the heart of the walled city of Intramuros, on the corner of Real and San Juan de Letran Streets, the museum is housed in a bahay na bato acquired in 1979 by the late Julius Limpe, the 166-year-old company’s 4th generation master blender. Limpe wanted to put up a museum, forecasting the influx of tourists in Intramuros area as a good way to promote the company and its products to foreigners and locals alike.

The planning was eventually shelved, although Limpe has been collecting and preserving documents and memorabilia for the sake of the museum since his time as Chair. His 5th daughter, current President and CEO of Destileria Limtuaco, Olivia Limpe-Aw is at the helm of the company and the project.

“I didn’t want the museum to be a white elephant knowing how important it was to my father. So I picked up where he left off…However, we didn’t really know where to start. We had so many materials. We took a lot of advice and suggestions from different people but never really had a clear direction,” Limpe-Aw admits.

Her son, Aaron, who is currently handling Limtuaco’s Business Development, eventually became in charge. He shares, “I took an interest in the company museum back in 2014. I never knew that it had already been over 30 years since we decided to put this up. Knowing that now, I think it’s about time our company (and family) shared our stories with everyone.”

One day, the stars aligned and Limtuaco was given support of the Intramuros Administration to complete the museum, through the guidance of contemporary artist and curator Marika Constantino. In a matter of weeks, Julius Limpe’s dream was finally immortalized.

The first floor is dedicated to the distillery’s operations over the years, highlighting equipment and patented processes in making their iconic products especially rum and whisky.

Upon entry, visitors are introduced to Limtuaco’s first product Siok Hok Tong, a medicinal wine, down to the cultural phenomenon White Castle Whisky, complete with preserved calendars and advertisements featuring the famous girls in the red bikini. Currently, the company champions local produce through the Philippine Crafts Spirits line, which Limpe-Aw started.

The second floor is where you’ll meet the brains behind the company: James Limpe, the third generation master blender, who started incorporating western products and methods together with his sartorially-elegant wife; Julius Limpe, the style rebel and marketing maverick who took the company to greater heights; and Olivia Limpe-Aw, the company’s first woman president, who introduced premium home-grown brands to both local and international markets.

A tour of a museum on liquor is, of course, not complete without an actual taste of the drinks. On the ground floor is a tasting bar wherein guests of legal age can sample cocktails for an additional of P100. Those who wish to avail of the products and other museum merchandise can purchase them at the gift shop.

A true labor and product of love, the museum is Limtuaco’s pride and joy, which Limpe-Aw considers their family’s entrepreneurial legacy.

“My grandfather, Julius, would’ve loved to see this finally take shape. Even if he isn’t around to see this, I can confidently say that we’ve done well in immortalizing him through his portion of the exhibit,” says Aaron Aw.

“Pa, this is for you,” Limpe-Aw ends her heartfelt speech.

Destileria Limtuaco Museum opens to the general public on Feb. 6 and is open Tuesdays-Sundays. Tickets are at P100 for adults and P50 for students.