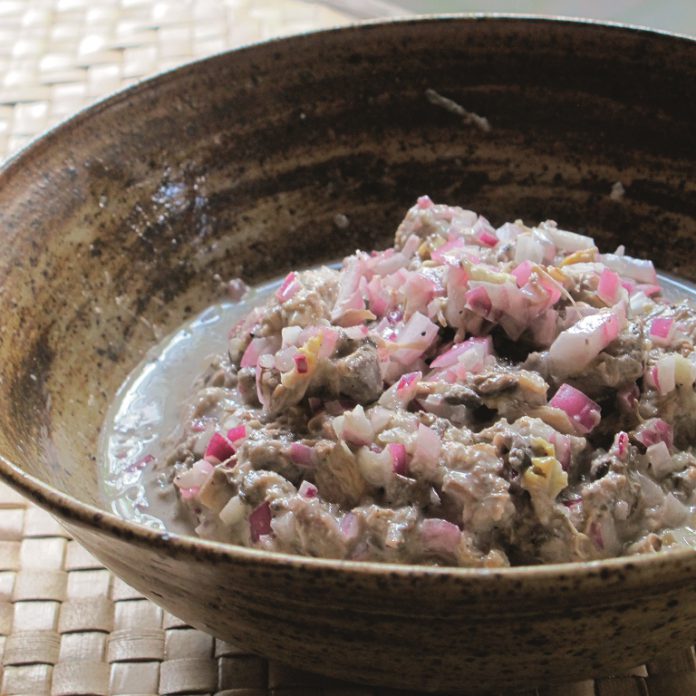 Ugu Bigyan at the potter’s wheel

The town of Tiaong in the province of Quezon has been home for celebrated Filipino pottery artist Augusto “Ugu” Bigyan since 2000. From a simple pottery store where he displays his one-of-a-kind pottery items and conducts pottery workshops to those who want to learn the art, the pottery garden is now also a reservations-only garden restaurant.

At Ugu Bigyan’s Pottery Garden and Restaurant, the master potter gets to practice his other strength, which is cooking, as he whips up simple but flavorful dishes of Quezon for small, private parties.

One of the dishes that he has become famous for is Kulawo, a native dish of Quezon that “burns” freshly grated coconut with hot live charcoal, after which vinegar is added to the charred grated coconut, and smoke-flavored coconut milk is extracted. It is then added to chopped banana heart, minced garlic, and chopped onion.