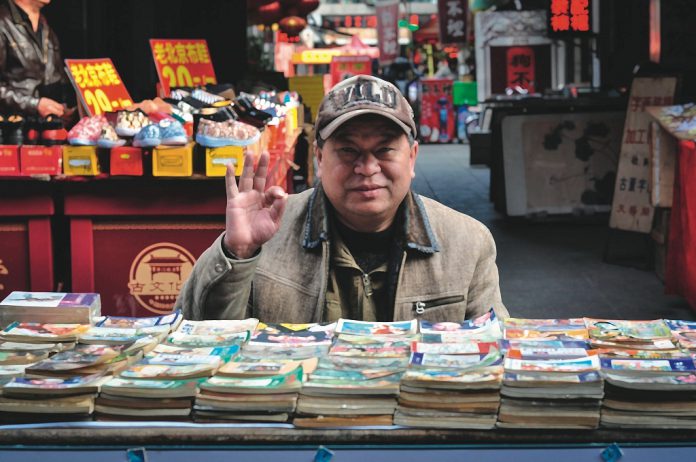 There are two approaches to grammar teaching.  First is extrinsic instruction, which requires learning forms and rules that must be mastered via lots of drills. All good, but the downside is, it gets boring, and sometimes the language is out of context and not very communicative. This was the situation I encountered in China. I met Chinese learners of English who knew their grammar rules, but could not even carry a conversation with me in straight English.

In upper school Mandarin Chinese classes, students are taught connectives, which can be a single word or a group of words that joins words and phrases together. They are sometimes referred to as transition words/phrases. They are grammatical structures with fixed patterns crucial in discourse.  After direct instruction in the native language (meaning, and how they are used), students are assigned topics like self-introduction, hobbies, future plans, summer vacation, etc., where they now apply in a meaningful situation what they learned. Here are some basic connectives.

Let’s start with the very simple English conjunction “and,” which in Mandarin is 和 (he2).   In Taiwan this is pronounced han4.  Tom 和Jerry, iPad 和iPhone. This is only used when connecting two nouns, though.  If you want to say “Jane is tall and pretty,” a different word is used—又(you4).  The pattern is to double it, and each adjective takes one—Jane 又 tall又 pretty. Notice the verb “is” is dropped.  When two actions are happening at the same time, for example “sing and dance” or “singing while dancing,” 一边 (yi1 bian1) is used in this format:  一边 sing 一边dance.   In the parallel compound sentence “You are Filipino and I am also Filipino, no “and” is used.  Instead, just use 也 (ye3) which means “also,” so the translation is “You are Filipino, I也 am Filipino.” There are several more translations of “and” in Mandarin, but these are the basic ones.

Now let us take a look at the conjunction “or.”  There are two translations, because the “or” of a question is different from that of a statement.   Why? It just is.

Now, let’s learn how to express cause and effect.  In English, it is a bit weird to say “because/since it rained, so I didn’t go out” but this is exactly how it should be said in Mandarin— “因为 (yin1 wei4) rained, 所以(suo3 yi3) I didn’t go out.”

Next, an English speaker will not say “Although it rained, but I still went out.” However, this is one of the most common patterns in Mandarin Chinese: “虽然 (sui1ran2) rained, 但是 (dan4 shi4) I still went out. “One variation is instead of dan4shi4, 可是(ke3shi4) is used for “but.”  It should also be noted that this structure is sometimes taught as sui1 ran2…dan4 shi 4 hai2 shi4…in which hai2 shi4 means “still” for emphasis.

What about when talking about the distance between two places? The English pattern “My house is near my school” cannot be translated directly into Mandarin.  In Mandarin, it is arranged as “Place A 离 (li2) Place B near/far,” so the above sentence is “My house离 my school near,” which literally is “My house (distance) from my school near.”

One of the basic structures is how to say “apart from,” “except,” or “in addition to.”   The pattern is to put the exception or additional item between 除了(chu2le) and 以外(yi3wai4).  For example, “chu2le fried rice yi3wai4, she can’t cook anything else” or “chu2le red yi3wai4, mom also like blue. “This pattern has more variants, but this is the simplest form.

When an action immediately follows another, the pattern is 一(yi1) action 1 就(jiu4) action 2.   The translation is “the moment” or “as soon as.”  So in the sentence “Sally yi1 see mom, jiu4 cried,” it means the moment Sally saw her mom, she cried.  Or, it can also be used to say “The moment you enter the gate, there is a parking lot”—yi1 enter door, jiu4 is parking lot.

If you want to express doing something together with someone, like the sentence “I swim with my dad,” you cannot do a direct translation or else the resulting statement will be awkward.   In Mandarin, the pattern is “I with my dad together swim,” which would be “I 跟 (gen1) my dad 一起(yi4qi3) swim.”

The next pattern is 越来越 (yue4 lai2 yue4), which means “more and more.”  All you have to do is add an adjective after it like yue4 lai2 yue4 big (bigger and bigger) and yue4 lai2 yue4 good (better and better).   We can also remove the middle character lai2 and have two adjectives so yue4 big yue4 good will mean the bigger the better.

Lastly, how do we make comparisons in Chinese?  The key word is 比bi3.  The pattern is “A bi3 B adjective.”  So A bi3 B small means A is smaller than B.  What if you want to just say A is smaller without reference to B? Then the sentence becomes A bi3 jiao4 small.   Then there’s the word 更 (geng4) which means “even more” so you can say A geng4 small, to mean A is even smaller or A bi3 B geng4 small, meaning A is even smaller than B.  To express the superlative, the character 最 (zui4) is used before the adjective.  Zui4 big is the biggest, zui4 like is favorite, zui4 good is the best. Another way to compare is A 不如(bu4 ru2) B which means A is not as good as B.  To express similarity, what is used is 一样 (yi2yang4) in this basic format:  A 跟(gen1) B 一样 (yi2 yang4), with gen1 meaning “with” so literally it is “A with B” the same.   We can also substitute gen1 with he2 (and).