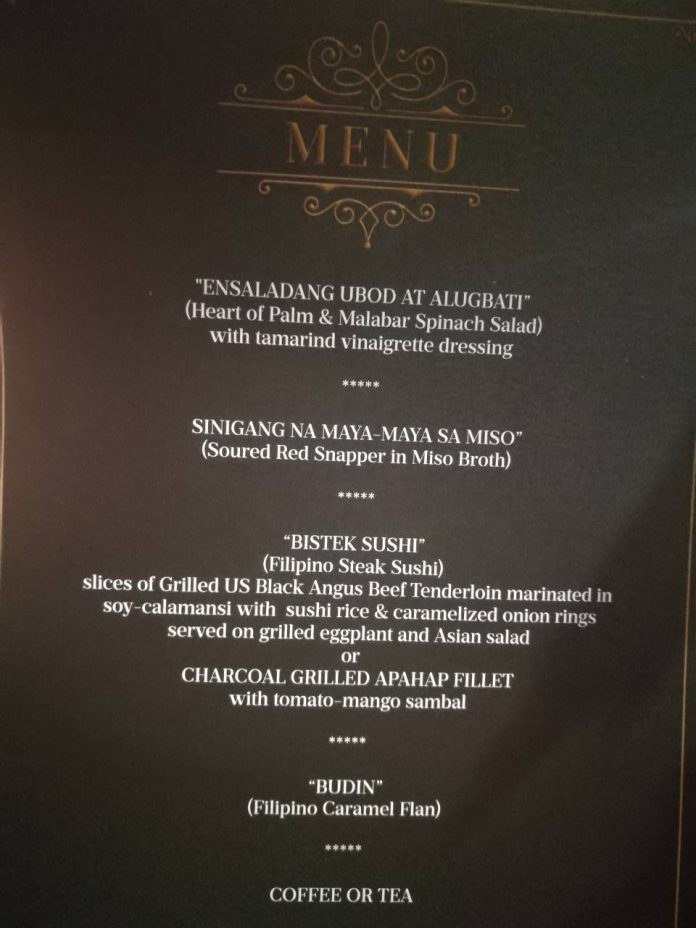 Duterte, ASEAN leaders and dialogue partners together with their spouses were all clad in Filipiniana costumes designed by top Filipino designers Albert Andrada, Randy Ortiz, and Rajo Laurel. The men, including US President Donald Trump, wore barong tagalog while the ladies, including Duterte’s partner Honeylet Avanceña, arrived in different Filipiniana designs.

The  four-course dinner was prepared by Chef Jessie Sincioco, who hopes guests will appreciate Filipino food. Sincioco also made the menu during Pope Francis’ last visit to the Philippines.

Part of the festivity was a short dinner program, which included an impressive display of vocal prowess by the country’s best singers. Freddie Aguilar sang his greatest hit Anak. The President surprised everyone with an impromptu song number with Asia’s “Queen of Song,” Pilita Corales.