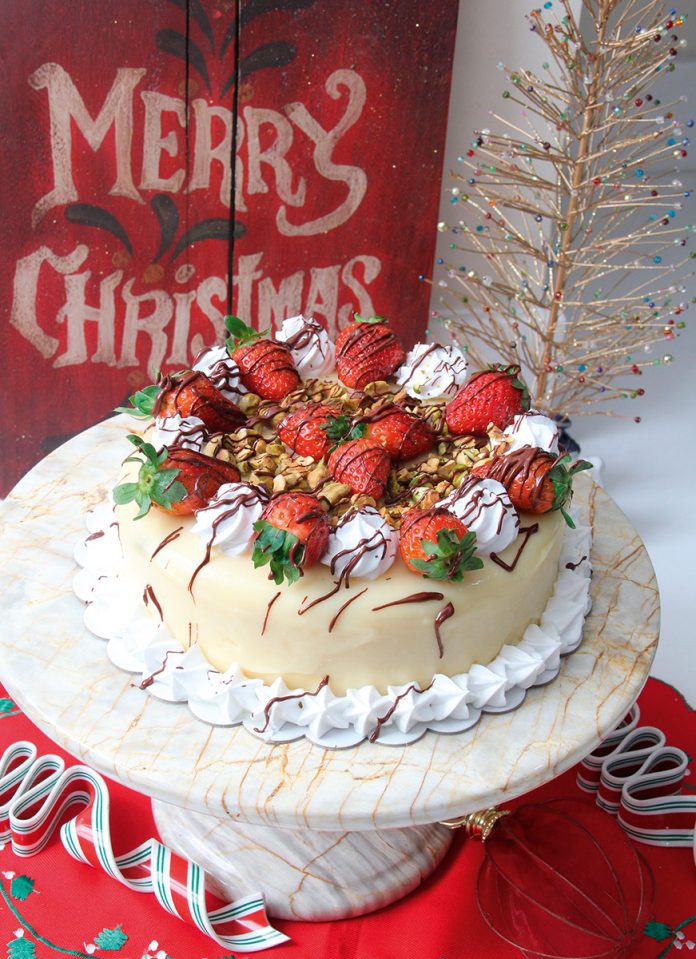 It’s that time of the year again when the world is festive and merry, homes are colorful and brightly lit, dining tables are teeming with food, and families come together to celebrate Christmas. And when there is a celebration, there is food.

For rock star chef Rolando Laudico and talented pastry chef Jackie Laudico, only the best celebration dishes will do for Christmas, and it’s never exactly the same. Each year, the food evolves. New recipes are introduced, and old favorites are tweaked and given a fresh new twist.

Christmas Eve is often spent with the Laudico clan. The venue changes, depending on who has just moved into a new home, but the Laudico siblings and cousins and their respective families always get together early. They sit down together for dinner, and eat and drink for two to three hours. When Chefs Roland and Jackie are not too busy, they prepare the entire food spread, especially if the get-together is in their house. But when they’re a little busy, it’s potluck style dinner for the family. The bulk of the food preparations still remains with Chefs Roland and Jackie, who prepare the main courses and the desserts, with the other Laudico siblings and cousins taking care of the minor stuff, such as salads, soups, and side dishes.

Savory dishes are Chef Roland’s turf, and one of the dishes that he has prepared quite a few times for Noche Buena happens to be roast turkey with a Filipino-inspired stuffing. He remains true to his calling to promote Filipino cuisine by always giving dishes a Filipino twist, either by using Pinoy ingredients or employing Pinoy cooking techniques. Chef Roland, sometimes fondly called Chef Lau, shares one of his signature holiday dish, roast sinampalukang manok with castañas and ham pandesal stuffing. It’s like roast turkey that’s simpler to cook, and requires a shorter cooking time, too.

Desserts, meanwhile, are the turf of Chef Jackie, who is always expected to come up with a good cake for everyone to enjoy together. She likes making a Frazier-inspired white chocolate mousse cheesecake with pistachio. “I can’t sell it because it is expensive, and pistachio cream, which is used instead of pastry cream, is difficult to make,” says Chef Jackie.

With their kids Orlando, and Keona, Chef Jackie’s mom, and the Laudico clan, Chefs Roland and Jackie share a truly merry and festive Christmas feast.

For the roast chicken: