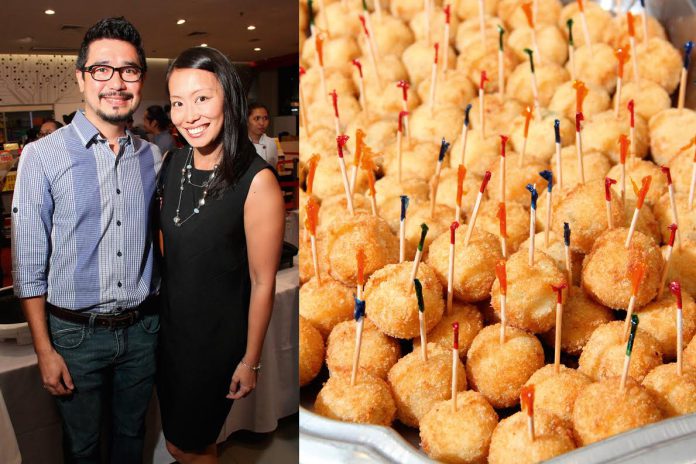 Chef Miguel de Alba’s father is Don Anastacio de Alba, founder of the Spanish specialty restaurant Alba Restaurante Español and a great cook, particularly of Spanish dishes. Even if Chef Miguel originally wanted to become a doctor and took up accountancy in college, his real passion prevailed, and he took after his father. When he realized his true calling, he nurtured the passion and honed his innate skills by taking up culinary arts at the Center for Culinary Arts Manila (CCA). Afterwards, he joined his father as general manager and executive chef of . He now handles the restaurant with his loving wife Cachelle.

Chef Miguel grew up eating Spanish food, so it comes as no surprise that his childhood comfort food is Spanish. Croquetas de Bacalao happens to be one such comfort dish for him. It is so special to the family that Croquetas de Bacalao is served in the restaurant, one of the recipes he loves to share whenever he is asked to do a cooking demonstration.

This article originally appeared on Asian Dragon’s April-May 2017 issue, available for order on Facebook or downloadable from Magzter.