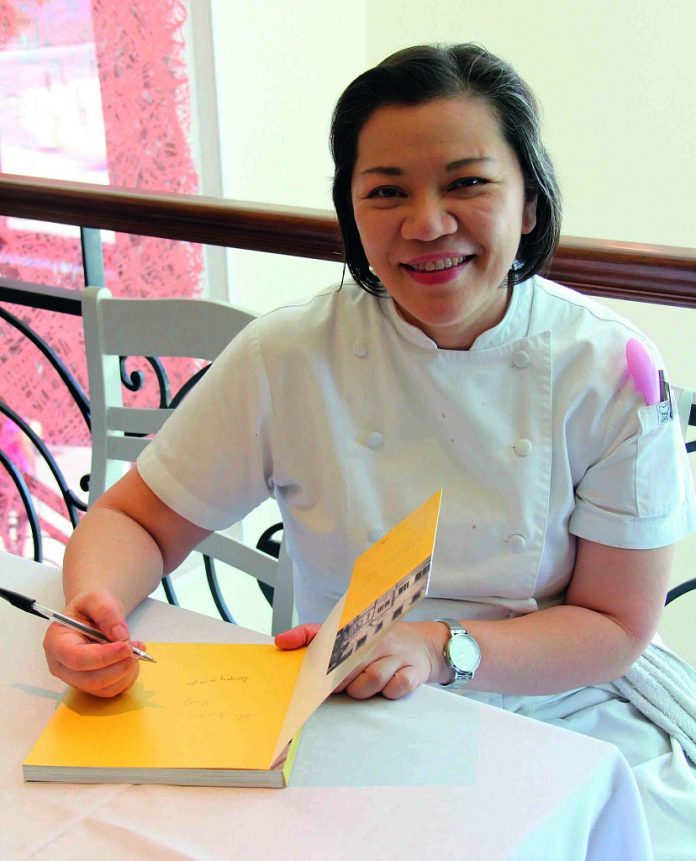 Think Corned Beef Sinigang, and the first person who will come to mind is Chef Vicky Rose Reyes Pacheco, co-owner and executive chef of Chateau 1771, Sentro 1771, Café 1771, Sidebar, and Flatiron. This is because the amiable chef is the creator of the comfort food dish, one of the signature dishes that diners keep going back to Sentro 1771 for.

No, corned beef does not mean the shredded reddish meat that you usually find when opening a can. The term “corned beef” actually refers to big chunks of beef brisket that have been salt-cured. The salt used is coarse, granular, or rock salt, also called “corns” of salt, thus the name “corned beef.”

In 1995, Chef Vicky, who develops the menus for the different restaurant concepts under the Chateau umbrella, had the brilliant idea of turning a bowl of corned beef broth into sinigang by adding a souring agent, tamarind. She tried it in the kitchen, and it turned out to be so good that she put it on the menu of the different restaurants, until it found its home for good in Sentro 1771 in 2002. Since then, it has become a signature dish of the restaurant, and, based on its popularity, is destined to become an heirloom recipe. For Chef Vicky, it already is.

For the brine solution:

For the meat preparation:

For cooking the meat:

For souring the soup:

This article originally appeared on Asian Dragon’s December 2017-January 2018 issue, available for order on Facebook and Lazada, or downloadable from Magzter.