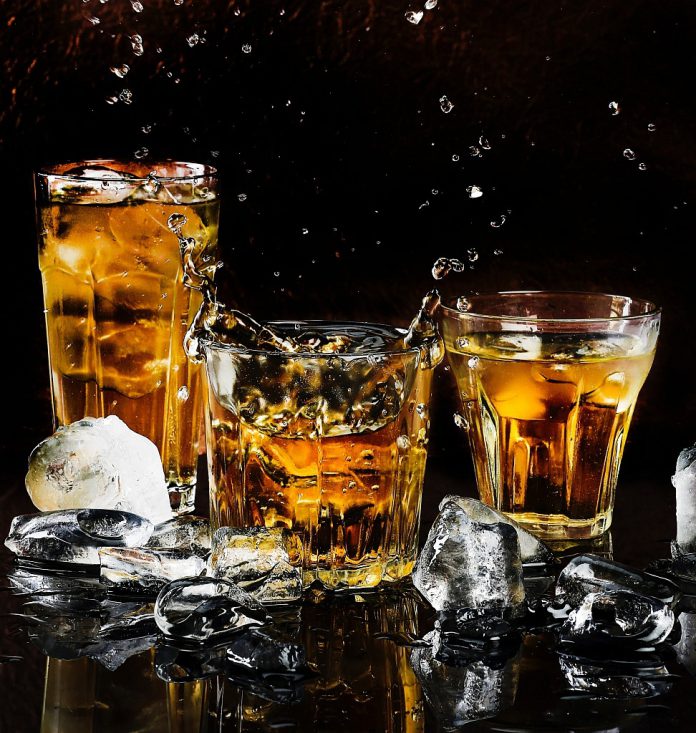 Let’s talk about alcohol. There has been a long history of alcohol production across cultures, countries, and generations.  Alcohol is produced, both artisanally and industrially, through a number of steps involving fermentation and/or distillation.

Perhaps just as long, however, is the history of alcohol consumption.  Alcohol plays a prominent role during celebrations.  Unfortunately, it is also used to drown one’s sorrows—not a good idea at all, given its many side effects.

There are four types of alcohol. Isopropyl, also known as rubbing alcohol, is used as a disinfectant, and for its cooling properties. Ethylene glycol, used in antifreeze, is extremely toxic. Ethanol or ethyl alcohol, found in alcoholic drinks, is made from fermented grain, fruit juice, or honey.  This type of alcohol is the only one considered safe for human consumption, but only in moderation.  Overindulgence over long periods may still cause damage to the human body, particularly the nervous system and organs such as the liver.

Methanol or methyl alcohol is an industrial chemical that used to be produced through the distillation of wood, and was therefore known as wood alcohol.  Currently, methanol is no longer produced by wood distillation; it is industrially manufactured by chemical processes.

It is this last type of alcohol—methanol—which I would like to discuss in greater detail. Recent news articles have reported on certain alcoholic products being seized by the Philippine Food and Drugs Administration after they were found to contain high levels of methanol, resulting in methanol poisoning. Costa Rica has also confiscated counterfeit alcoholic products tainted with methanol, which have been responsible for 20 deaths. These are just two documented and publicized cases among many of methanol poisoning around the world.

Let me say this in no uncertain terms: Methanol is dangerous, and can cause death.

Methanol is volatile, flammable, colorless. It is used as fuel for vehicles. So how does it find its way into an alcoholic drink? In the past, the term “moonshine” referred to bootleg liquor potentially adulterated with methanol. During prohibition, people would distill their own liquor without the benefit of safety standards and quality monitoring, and methanol was sometimes accidentally created during the process and unknowingly ingested. Given that methanol and ethanol are virtually indistinguishable in smell and taste, methanol ingestion was more often accidental.  But nowadays, this chemical can get into alcoholic drinks in much more malevolent, illicit, illegal, and extremely harmful ways—through the deliberate adulteration or contamination of an alcoholic product with methanol.

What happens to a person who has imbibed methanol? Methanol is highly toxic, particularly when taken in large doses or chronically. Methanol damages the nervous system, the liver, and the kidneys. It can cause metabolic acidosis or lactic acidosis, whereby the body produces and accumulates acid; severe lactic acidosis can result in death.

The damage most commonly associated with methanol poisoning is blindness. Methanol breaks down into formic acid, which can accumulate and permanently damage the optic nerve, thereby causing blurring of the vision and even total blindness.  This insidious toxic effect can progress over a period of many hours. Formic acid also contributes to blood acidosis.

Other toxic effects of methanol ingestion include vomiting, headaches, and even coma.  There is no first aid protocol for methanol poisoning that can be performed at home; it calls for immediate hospital care. There are medicines that can be used to delay the effects of methanol, while other antidotes directly inhibit the formation of formate to lessen the harm.  In serious cases, hemodialysis is employed to manage the severe blood acidosis and to eliminate the chemical from the body.

In the case of methanol ingestion, prevention is worth much more than a pound of cure. As a final note, be very careful when you go out drinking.  Aside from the usual advice to drink responsibly, it is prudent to practice safety by keeping track of where you take your alcoholic drinks, who offers you the drinks, and where the product comes from.

Don’t you just hate it when doctors do these?

What do we know about the pandemic?